TNA try again this week, but it’s just drifting along for my liking. I’m hoping for a good solid Slammiversary, but one has to question, how do we get there?

EY’s momentum as Champ has certainly dipped, even the ratings are dropping in every main event segment, which shows perhaps that his pull to the Animals, isn’t that big of a draw. 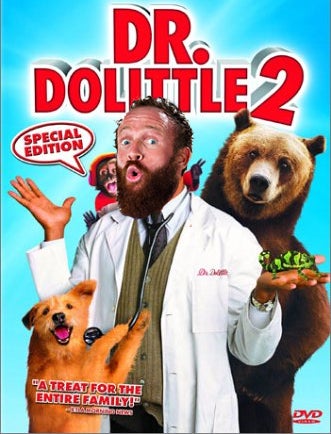 Though it could also be that no-one cares about MVP, Bobby Lashley and Kenny King. Or perhaps, let’s be honest, how many times have we seen this take-over story now. Every year… literally, without fail. After 107 issues I still find myself wanting to say the words “I Hope”. Well, I don’t hope anymore. Fool me once, 4 years later, same old. I should have learnt by now to expect the worst. Drifting along is TNA at its best right now. Sure I like the team of MVP, Lashley and King, but perhaps something else would have been better rather than the tried and failed take-over story. Eric Young is good as the Champ, but I’m not drawn to him, never have been. If anything I miss his more wacky ways, bringing Austin Aries into the picture alongside Young just makes me want Aries as the Champ.

I honestly don’t know what they have planned, Bully is on a push, I bet that Roode comes back as a Face, Aries is on the rise, and you can’t count out MVP. Destination X is coming in quickly and I would expect that to be Champion crowning time. Unless it’s EY defending against say Kenny King.

Watching TNA these last few weeks have been enjoyable, but I’ve not felt excited to watch the show, hell I even forget to watch it sometimes, or it becomes a “I’ll fit it in”. Here’s hoping?…

Bully kicked off the show hot on the heels from his beat down last week. Everyone should love Bully, least respect him. I don’t feel he’s hit the level he was at a few years back, pre-Hogan married. Bully was a Bully, and he would tell you to your face, even as a fan Bully would scream at me and tell me why I respected him, and he was right. It’s a little odd to see him as such a full blown Face right now, sure he carries it, but it’s not his strength. Though not everyone can be heel, lord knows the majority prefer it. 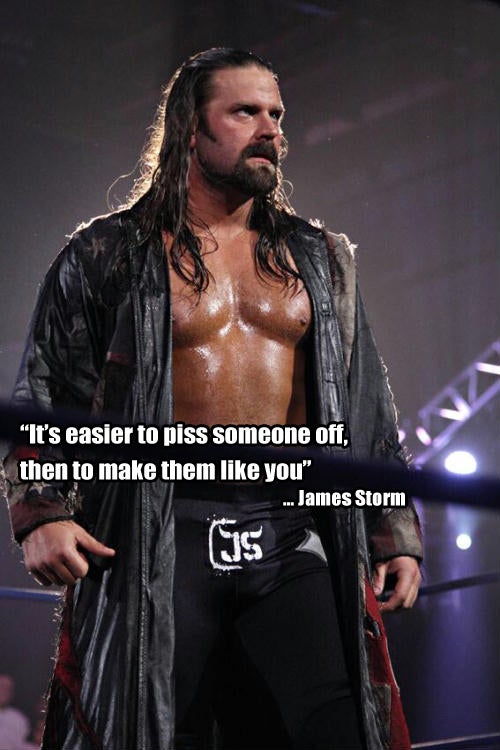 Bully unveiled Six Tables, one each for Spud, EC3, MVP, Lashley, King and of course Dixie Carter. Bully vowed to put everyone through Tables, which is being made such a big deal that there are only possible outcomes. Either Bully needs to put Dixie through a Table, which if you were a betting man, would be happening next month in New York, or, Bully pulls a 180, and we find out he’s been aligned with Dixie all-along to let MVP get into power with a plan in place from the get-go.

I think it’s leaning more toward Dixie going through a Table…. which seems absurd.

MVP with Lashley and King got in Bully’s business while EC3 and Spud jumped Bully from behind. EC3 grabs the Table which is reserved for Spud when EY, Aries and The Wolves come out to even the odds. Which of course ends with Spud being put through a Table by Bully.

The start to the show ended with this 6-Man tag. Least it has a somewhat productive opening. Sure the idea was to get people interested in the main-event, and putting Spud through a Table might set the stage for an exciting show to come. I swear if Impact kicked off every week with a Tigre Uno match, I would be a happy Blogger!

I’ve never looked at The Wolves without expecting to be impressed before. But I recently heard that someone wasn’t a fan, which is kind of an eye opener. You here great things from The Wolves, and then I just sort of expected them to perform at that level. On a personal note though, I still think they’re fantastic. But, when teemed with The Greatest Man that Ever Lived, they can only shine so much.

Aries was on fire, made the tag to the “injured” Davey Richards, who hit his Foot Stomp, but then got speared by Lashley with MVP finishing him off with his Yakuza kick for the Win.

Note that Bobby Lashley in a Tag-Team match who ran in for under 5 seconds, hit one move and left, was not an illegal interference.

I can describe this match with one word, “Sucks!”

Now why does it suck. I can tell you, Bram’s singles match debut, was against Tigre Uno.

So Bram is supposed to be this hot-headed violent intense guy with a beard… and no, not Gunner.

If you go back to Lockdown where Uno made his debut, you heard nothing but praise for him, he just came off of an awesome Best of 3 Series with Sanada. His in-ring work is unique, and matches the style of which TNA was founded on. He has flying streamers in his entrance for crying out load. No one has any special gimmick in their entrance anymore. Yet Uno was squashed by Bram.

Uno didn’t even have any momentum, was just flat-lined. So yeah, they’re different guys for different styles of Wrestling, but to bury Uno so quickly was painful to watch.

On the plus side however Bram did have good music, I don’t like his socks on his legs or arms though. For someone claiming to be a tough guy, he shouldn’t be wearing socks that high. Is that a legitimate critique…. yes, yes it is.

Bram hit an Impaler DDT, which was pretty neat, takes you back to old school Edge and Gangrel. Magnus wasn’t impressed with Bram though and decided Bram should fight Willow next week. I do love how this no longer has anything to do with Willow, aside from that Willow is looked upon as this “crazy guy”, yet is easily beaten down. He’s only won because of hesitation, not because he’s scary or violent, or anything positive. Just Jeff Hardy in flares screaming like a woman.

The Bromans vs. Anderson and Gunner

Lots of Tag-Team matches this week, but they’re good ways to build storylines at the same time. We actually found out that Anderson has served in the US Military, which explains my recent interest in Anderson patriotic attire. So on that ground, I like the comparison already between he and Gunner. Through in Gunner’s interest in trying to help out Sam Shaw, and Anderson being responsible, it creates a good dynamic. I like that. What about James Storm?

Nothing really major to report about the match, aside from DJ Zema was being even more annoying than usual with his DJ desk..and I loved it! It cracks me up every time you hear the horn. I wish they actually played on it more so that it acted as a good distraction. It just doesn’t get old, and the fact that it probably annoys the hell out of some people, that’s just perfection! The next step is to wind people up in the crowd and actually Film their reactions.

Either way, Anderson hit the Mic Check, Gunner followed it up with his Diving Head-Butt for a Win.

The second anyone mentions a Losing Streak or Winning Streak you know a Storyline is going to be in place. And sure enough, The Bromans on a losing streak, then The Menagerie turn up.

Which is good on one hand because they have yet to find a “place” or a focus.

Rebel now has glow sticks to dance with, not really as daring as Fire Dancing, but it still works. Crazy Steve is even more awesome, The Freak sucks. I want Knux to wear a Hat, it would just finish the look. I’m a big music guy, but I don’t actually like The Menagerie’s music, it’s too “Rocky” rather than being more dark, weird and carnival like. The traditional Carnival music they play before they enter is more to my liking.

The Freak through around Zema, that was it. Hopefully this actually leads to some matches, as we’ve yet to see anything from The Menagerie since their debut. 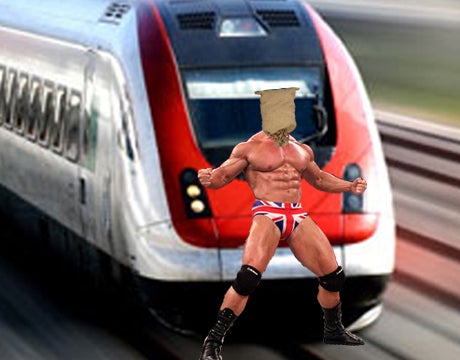 The Beautiful People vs. Brittany and Gail Kim

Brittany went to Madison Rayne about helping her out in this tag-team match, but Madison refused, telling Brittany not to get involved, and making her promise she wouldn’t have the match. So Brittany asked Gail instead and danced around is if they were best friends.

Again, the match didn’t really do anything. I find the Beautiful People to be rather enjoyable. There’s just something about Angelina that I love. I love her promo’s where she’s just horrible to people, and as annoying as possible, it makes me smile. 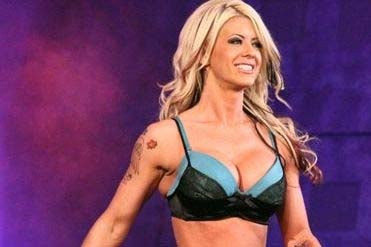 Gail Kim is an awesome Wrestler, let’s just put that out there. She can Wrestle so much better than most Women, through in Mickie James and Tara. Either way, Brittany got tagged in, (she’s not too bad either!) so Brittany and Velvet were the legal two. Angelina hit Brittany with the Botox Injection, then Velvet pinned Brittany and The Beautiful People won.

Yet Tenay was all over Angelina for cheating, and being Illegal. That makes no sense. Every tag-match has the legal and illegal members running around everywhere. Only the legal contender can be the deciding factor. Angelina’s involvement is no more illegal than Bobby Lashley’s to kick off the show, yet that was fine. Stuff like that winds me up! It’s the same rule for everyone!

Anyhow, Brittany they got up and called out Madison Rayne, asking Madison why she didn’t help Brittany in the first place. Brittany was annoyed that Madison doesn’t like her, “The whole thing is getting weird”, and then Brittany declares that she likes Madison. Wow, didn’t see that coming. Oh wait.

So the fans chant Boring really loudly over the segment as Madison announces a Rematch next week against Angelina for the Knockouts Championship. Here’s a guess, Brittany makes Madison lose. Called it.

Earlier on in the night, Dixie accompanied by EC3 called out MVP, to continue their talk from last week. Money Power and nonsense aside, Bully and EY then crashed the segment. Both of which were fired up but being talked down by the other “Time and Place”.

Till the main event was made, EY vs. Bully.

Kenny King came out first to be the Special Ring Announcer, Bobby Lashley was the special Enforcer and MVP was the Special Time Keeper.

Bully and EY had a little bit of a match, something that is supposed to look like “mutual respect”. I think we were supposed to think, gee, I want to see EY vs. Bully for the World Championship without the interference of MVP and co.

But no, I don’t want to see that. Unless Bully turns heel and takes the belt.

The match didn’t run too long before Bully just Booted EC3 in the face. This in turn just kicked things off as Lashley, King and MVP jumped in on the attack.

Then Samoa Joe returned got involved, beat them up and stared down MVP to close the show.

Quite a good return, but, what does that mean.

On a side note, I remember Dixie saying that Rampage Jackson is ready to come back soon, and if he returned, maybe with King Mo to join up with MVP, that I would be interested in.