I really like this part of the year… you know why? Not just because big BIG WrestleMania is coming, but our friends over in the states have turned their clocks forward. That means from now until WrestleMania we can watch RAW an hour earlier. That means all being well, less yawning, more marking out, and if things get a bit stale, there’s always babestation!

RAW #1190! Have you jabronies finished complaining about Deano Ambrose foot not underneath the rope? You really don’t want Triple Vs Reigns don’t you? ARE YOU THAT RETARDED?

Word!!! We just gonna kick off with the World Wrestling Federation tag team titles? The New Day have destroyed the League of Nations on the twitter and the YouTube!

Shout out to Mike Knoxxx of the BDSIR NETWORK…as much as I love the New Day, there are certain aspects of them I DON’T LIKE. The unicorn stupidness on their head, twerking in guys faces, the rainbow on their T-shirts, and the cereal – Booty-Os… don’t get me wrong, it’s fortified with vitamins and iron, good for the kids, but to have kids say – ‘we are eating booty-os doesn’t sit well with me either… very cumse-cumsa tendencies… That’s not right!

Interesting… Xavier Woods is representing for the New Day in this tag team championship contest… I’m a bit nervous here… League of Nations could take it here… because Kofi doesn’t play the trombone! Oh No…

DAMN YOU LEAGUE OF NATIONS!!! But I gotta keep it real…by the LONS beating down the New Day like that, they gotta get that heat back, be relevant again as that destructive heel force. Looks like New Day need a 4th dude to join them! But they dun treated Mark Henry bad… Yo look no further than the Man In the Purple Suit himself! The Infamous Informer wouldn’t mind putting his timberland boots in Wade Barrett’s nose! One condition: I don’t do that booty shaking unicorn sh!t! I’m NOT THAT GUY, I DON’T DO DRUGS!

Unlucky Ambrose… after all you were dealing with TRIPLE TEEEEEEF! He paid the referee off… that’s my story, but I don’t complain about that sh!t… I keep it moving… but aaaaaaah sh!t!!!! That guitar riff! BRRROCCCK LESSSNARRR!!!  Grab the steel chair Deano!

Looks like Deano come prepared! He had a crow bar in his inside pocket! HERE WE GO!!!

Or maybe not… Brock is thinking about it! he doesn’t wanna get cunk in his head top!

Two shell shocks to Sin Cara – BLAOW!!! You don’t think Ryback is eyeballing the US Title???

Well I be damned! Ryback is on some David & Goliath sh!t for the big BIG WrestleMania!

Now what I wanna know is, why does Stephanie McMahon wanna address me? Does she have a steak cooked well done for me? Am I in for what could happen next?

Until I see official celebration cards in Clintons, that is NOT an official holiday! That was made up by some fat IWC muthaf***a who can’t get no pu$$y and it was rubbed in his face a month earlier!

Oh no! It is the Attitude era again! Stephanie is in a glorious mood, and Triple is gonna start his promo… I am the game-errrr… I beat Dean Ambrose within an inch of his life-errr, and Stephanie’s gonna cook me a fat steak and give me hed-errr!

Oh man.. Triple is hitting it on the head here with this ‘hope’ sh!t! It’s true – you jabronies had hope that Deano was gonna win… you deluded fools!

HOLY SH!T Triple is going in!!!! GET EM TRIPLE TEEF! I love when he throws shots at you fools! The man is talking about people’s wife and kids! Talking about how they live on hope! I LOVE THIS!

WHOA!!!! Stephanie gonna put Ziggler up against Triple Teef himself! Once again… y’all got hope… ABANDON HOPE! Triple – USE DI HAMMER! I’ve never rooted for Triple so much!

Look how little Renee Young is to the League Of Nations! They just challenged the New Day on some gang warfare business! Yo NEW DAY – HOLLA AT ME! I know Mishima Kung Fu! I have my woman on my side! LET’S DO THIS! Tweet me @MZATheInfamous! 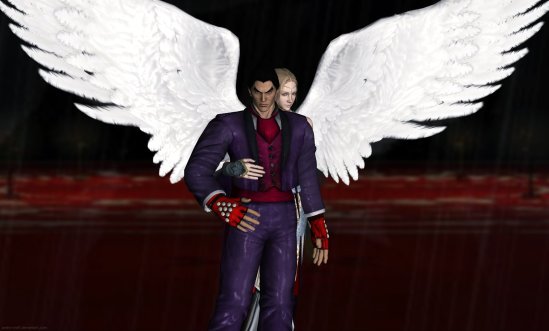 YES! TEAM BADDER THAN BAD mash-up Brie Bella! But according to Lana, it’s Brie that has beef with her… but enough of that sh!t… when I saw Naomi in that ring… I had to play that Raheem DeVaughn tune again.. or that Torae tune -Override when he says this –

When I’m alone in my room, sometimes I stare at the wall
And think of you pinned against it, we getting it on
While I’m getting you off, I’m on top
You telling me to do everything except stop
We drop and roll, it’s a fire we cannot control
I’m in deep past your cervix and served ‘til I got your soul
Lock and load and then BANG!

Let me guess, Team Bad and Lana Vs Brie, Alicia & Paige at Big BIG WrestleMania? I can ryde to that! Let’s throw a pic of Lana… for NO REASON! 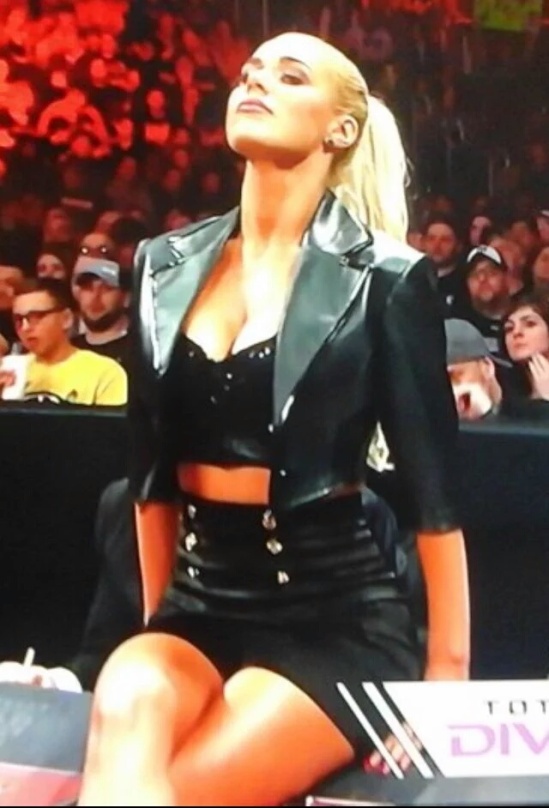 YOOOO! Mick Foley passing the torch… or should I say… the 2×4 with barbed wire to Dean Ambrose??? To aid him in his battle against BROCK LESNAR???? Ok if you are not ready for this big BIG WRESTLEMANIA – YOU’RE THE ONE WITH THE PROBLEM! SLAP YOURSELF, UNFRIEND ME, UNFOLLOW ME, because clearly, me and you are not on the same wave length! I happen to be more attractive to the women than you as well! My d!ck is bigger than yourrrrrrs!

AAAAH SH!T! Here we go! Dolph Ziggler Vs Triple TEEF! If Ziggler wins… he can choose a match of his choice for big big WrestleMania! I should root for Ziggler… but I want Triple to use the hammer!!!!

Ziggler is fighting valiantly! Stephanie is at ringside! If in doubt Steph, you know what to do!

I told you muthaf***az! ABANDON HOPE! Triple H with the pedigree – BLAOW! Ziggler does not surv- wait a minute! Roman Reigns coming down the stairs – No – he chose the ramp! and Reigns is BEX!!!! He busted Triple Teef open! He’s box him up all over the ring! He was gonna use the TV screen and buss up Triple! But even The Uso brudda and Mark Henry had  to restrain him and told him to let Triple live til WrestleMania! This has to be No disqualification! A normal wrestling contest is no good!

Big ups to Jacqueline! Now in the Hall Of Fame! My moms will be pleased! She used to love Jacqueline! And I love her too! 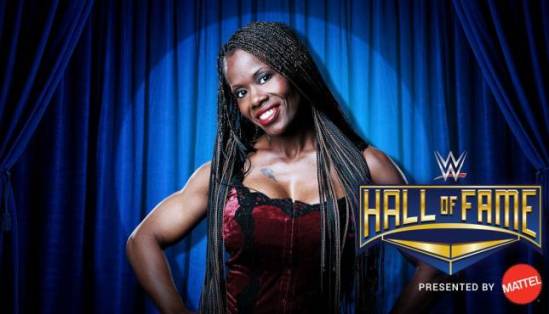 Ok lets see where they go with this Jericho & AJ Styles situation… Jericho done bunn up the Y2AJ T-shirt… you better put a stipulation on this muthaf***a!

Oh dear… Jericho is bex that everybody chanting for AJ styles… why can’t Jericho be bex when everyone was chanting for CM Princess Peach B!tch last week?

AJ drops the phenomenal forearm on Jericho – BLAOW! Looks like WWE want to push that as the supermove as opposed to the Styles Clash… not saying it’s banned… but I think WWE want Styles to limit the Styles Clash for special occasions,at least in my estimation.

OH NO! Here we go! Vincent Kennedy believes The Undertaker is his instrument of destruction! Here he comes! OH SH!T! Er… Vince… LEAVE THE RING!

Maybe he said too much! “I might be Vince’s son, but you (Undertaker) are Vince’s b!tch!”

The Undertaker! grabs Shane by the neck! But Shane is quick on his feet! Rights and lefts by Shane! Undertaker feels nothing! Throws Shane back in the corner! Shane still too quick! Vincent Kennedy pushes Shane into Undertaker! CHOKESLAM – BLAOW! Vince likes what he sees! Undertaker snaps his head to Vince! Vince leaves the ring! WISE MOVE! Undertaker, cuts his throat to Vince! OH LAWWWWD!

I don’t care if this match makes sense or not – Shane – kid you gon lose! Y’all muthaf***az wishing for a new era… you gonna get the same sh!t for the next 10 years regardless of the winner!

IT DON’T GET NO BETTER! STC 4 LIFE…..BEEEEEEEATCHHHHH!

DISCLAIMER: ALL OPINIONS EXPRESSED BY THE INFAMOUS INFORMER DO NOT NECESSARILY REPRESENT OR REFLECT THE VIEWS OF THE WWE, THE SMACK TALK CENTRE OR BDSIR NETWORK. 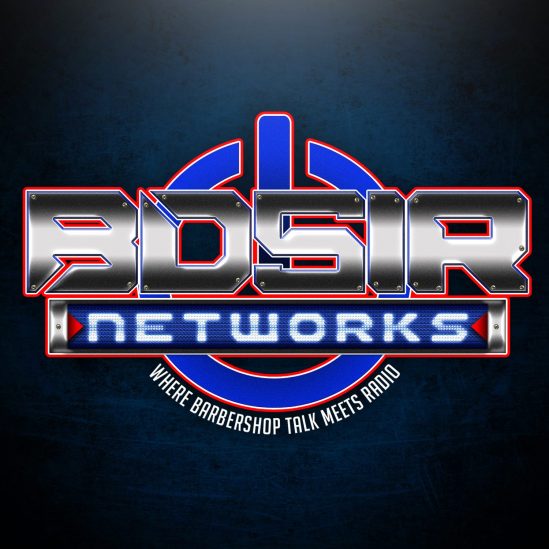